A friend shared this article with me. I told myself that I must share this with you. Why? I found that the idea in this article is very important for us to practice while we do follow-ups for every module in PPB3K. So enjoy! 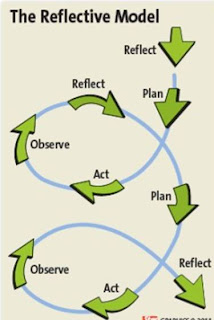 A few years ago, I heard about an elderly construction worker who wanted to quit. He told his boss of his plans to leave. His boss was sorry to see such an excellent worker go and asked him to build one last house as a personal favour.

The construction worker said yes, but his heart was not in his work. There was no passion left. He resorted to shoddy workmanship and used inferior materials, cutting corners to get the work done.

Finally, when the house was finished, his boss handed him the keys to the house saying, “This is your house. It's my gift to you.” The construction worker was stunned and full of regret as he knew he was sloppy working on it. If he had only known he was building his own house, he would have done it all so differently.

Isn't it the same with us? Often we work hard but after a point in time, we dish out less than stellar performances. Our attitudes differ but we console ourselves by saying it doesn't matter. But in most cases, it does matter. Each day, we build our lives, one transaction at a time.

Each day counts as we build our life's building. This took patience, time and years.

When we don't get the promotion we crave, or we fail to get what others get, we are surprised. Could it be because the house we built doesn't have strong foundations or good materials? It's not just last year's performance or last week's deal that counts it is your cumulative effectiveness on a daily basis.

So, how does one ensure that you are effective daily? It requires an equilibrium of action and reflection. While most leaders are biased towards action, the best leader balances contemplation and action, creating daily solitude for effective action.

(To be continued)
Posted by miorazli@sssabasic at 5:06 PM