Never look down on anybody.

An old man was sitting with his 25 year old son in the train. The train was about to leave the station. All passengers are settling down in their seat.

As the train started, the young man was filled with lots of joy and curiosity. He was sitting on the window side.
.

He put out one hand and feeling the passing air, he shouted, "Abah see all the trees are going behind". The old man smiled and admired his sons’ feelings.

Besides the young man was one couple, sitting and listening to all the conversation between father and son. They were little awkward with the attitude of the 25 year old behaving like a small child.

Suddenly the young man again shouted, "Abah see the pond and animals. Clouds are moving with the train".
. 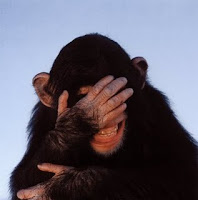 The couple was watching the young man embarrassingly. Now it started raining and some of the water drops touched the young man's hand. He was filled with joy and he closed his eyes. He shouted again, "Abah it's raining, the water is touching me, see Abah".

The couple couldn't help themselves and asked the old man. "Why don't you visit the Doctor and get treatment for your son?"

The old man said, "Yes, We are coming from the hospital today, my son got his eye sight for first time in his life".
. 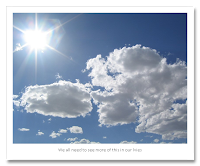 Moral of the Story: Never look down on anybody!
Posted by miorazli@sssabasic at 11:02 PM