An Address by Azim Premji in the 'Shaping Young Minds Program' (SYMP) organized by AIMA in collaboration with the Bombay Management Association (BMA) in Mumbai on 'My Lessons in Life'.
.

(Azim Hashim Premji, born 24 July 1945 is an Indian business tycoon and philanthropist who is the chairman of Wipro Limited, guiding the company through four decades of diversification and growth to emerge as one of the Indian leader in the software industry. According to Forbes, he is currently the third wealthiest Indian with a personal wealth of US$16.8 billion in 2011, as well as being the richest Indian Muslim. In 2000, he was voted among the 20 most powerful men in the world by Asiaweek. He was also among the 50 richest people in the world from 1999 to 2005 according to Forbes.

In April 2004, he was rated among the 100 most influential people in the world by Time magazine. His assets include 74% of Wipro. Wipro Limited, which dealt in hydrogenated cooking fats along with consumer products, grew from a company of US $2.5 million to a giant of $6 billion under Premji's leadership. Wipro Technologies, one of its group companies, is one of India's largest software companies and is ranked among the top 100 technology companies globally).

I am very happy to be here with you. It is always wonderful to be with young people. As my hair turned from black, to salt and pepper and finally salt without the pepper, I have begun to realize the importance of youth. At the same time, I have begun to truly appreciate some of the lessons I have learnt along the way. I hope you will find them useful when you plan your own career and life.
. 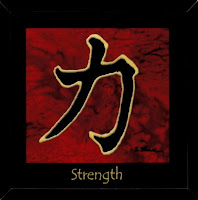 First : The first thing I have learnt is that we must always begin with our strengths.

There is an imaginary story of a rabbit. The rabbit was enrolled in a rabbit school. Like all rabbits, it could hop very well but could not swim. At the end of the year, the rabbit got high marks in hopping but failed in swimming. The parents were concerned. They said, 'Forget about hopping. You are, anyway good at it. Concentrate on swimming.' They sent the rabbit for tuition in swimming. And guess what happened? The rabbit forgot how to hop! As for swimming, have you ever seen a rabbit swim? While it is important for us to know what we are not good at, we must also cherish what is good in us. That is because it is only our strengths that can give us the energy to correct our weaknesses.
.

Second : The second lesson I have learnt is that a rupee earned is of far more value than five found.

My friend was sharing with me, the story of his eight year-old niece. She would always complain about the breakfast. The cook tried everything possible, but the child remained unhappy. Finally, my friend took the child to a supermarket and brought one of those ready-to-cook cereal packets. The child had to cut the packet and pour water in the dish. The child found the food delicious. The difference was that she had cooked it! In my own life, I have found that nothing gives as much satisfaction as earning our own rewards. In fact, what is gifted or inherited follows the old rule of 'come easy, go easy'. I guess we only know the value of what we have, if we have struggled to earn it.
.

Third: The third lesson I have learnt is, in Cricket, no one bats a hundred every time.

Life has many challenges. You win some and lose some. You must enjoy winning. But do not let it go to the head. The moment it does, you are already on your way to failure. And if you do encounter failure along the way, treat it as an equally natural phenomenon. Don't beat yourself for it or any one else for that matter! Accept it, look at your own share in the problem, learn from it and move on. The important thing is, when you lose, do not 'lose the lesson.
Posted by miorazli@sssabasic at 7:25 AM