The Secret Letters Of The Monk Who Sold His Red Ferrari

I spent Chinese New Year Holidays reading this book. I hardly put down the book till I finished reading it. I must say, this book is kind of a revisit to all ideas that are very dear to me. Mmm … a good food for my mind. I had a good rest and most of all I felt energize to move on in this life. Here is the review of the book.
.

This time around, he is a mentor to his cousin’s son, Jonathan Landry. Julian sends Jonathan on a mission to retrieve the talismans and the letters that he had sent to different people across the globe, post his Himalayan sojourn.

Jonathan abhors the task, thinking of the clutter on his office desk in his absence. He is also loathe to leave his six-year-old son Adam, whom he dotes on, though his marriage to his one-time sweetheart Annisha is on the rocks. Nonetheless, a fiat from his mother sees him take the flight out to Beunos Aires to meet Julian, who briefs him on the emergent need to undertake the journey, the purpose of which is to save a life.

Jonathan sets out to meet the people who are custodians of the talismans and the trip takes him to cities strewn across the globe, to Istanbul, Paris, Osaka, Mexico, Barcelona, Cape Bretton Island, Shanghai, and finally to Agra.

At some points in the book, one gets the feeling of sifting through a travelogue. The pages vividly describe the sights and smells of cities that Jonathan visits. But the bigger picture emerges when Jonathan gets down to the business of interacting with those whom Julian had entrusted with the talismans.

Every trip leaves him admiring the confidants of his mother’s cousin, and every time he comes up short in comparison. It also dawns on him that each recipient of the talisman led a life worthy of what is inscribed in the parchment accompanying the talisman.

Ahmet in Istanbul teaches him the power of authenticity, Antoine Gaucher, who manages the deathly catacombs of Paris, teaches him the need to embrace fear. In Osaka, a young woman by the name of Sato Ayame teaches him kindness; in Barcelona he breaks bread with Illuis Casto, who has given up a lucrative hotel job to pursue his favored vocation of a taxi driver, thereby teaching him the need to do your best work in order to lead your best life. A millionaire venture capitalist in Shanghai Gao Li who leaves the trappings of power and pelf at his place of work and drives back home in his modest car indoctrinates in him the dictum that life’s simplest pleasures are life’s greatest joys.

The last leg of his assignment takes him to Agra and the Taj Mahal, where Julian steps in, out of the blue, to hand him the last talisman and a letter which states, “Stand for something bigger than you.” Jonathan realizes his shortcomings, his selfishness and how he had turned a deaf ear to his colleague Juan’s plea for help, costing the poor man his life, his bitter quarrels with his wife whom he once loved dearly, and so on. He also realizes why Julian had chosen him for the mission, and the long spells of introspection leave him a better man. Clutching all the talismans that Julian had given him to his heart, he reunites with his wife and child.
. 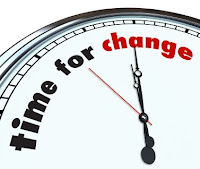 In the nutshell, the 9 ideas to be pondered from this book are;

1. The Power of Authenticity (Ahmet Demir in Istanbul, Turkey)

5. To Lead you best Life, do your best work (Lluis Costa in Barcelona, Spain)

8. The Purpose of life is to Love (Ronnie Begay at Red Rocks, Phoenix, US)

9. Stand for something bigger than yourself (Julian, Annisha & Adam at Taj Mahal, Agra, India)

The book is all about reclaiming your personal power, being true to yourself and fearlessly living your dreams. An added attraction is the simple, languid writing style, devoid of highfalutin prose — a characteristic of the bestselling writer that manifests itself in all his works.

Posted by miorazli@sssabasic at 12:11 PM