It was a Sports Stadium. Eight Children were standing on the track to participate in a running event.


With the sound of Toy Pistol, all eight girls started running. Hardly had they covered ten to fifteen steps, when one of the smaller girls slipped and fell down, due to bruises and pain she started crying.


When the other seven girls heard the little girl cry they stopped running, stood for a while and turned back. Seeing the girl on the track they all ran to help. One among them bent down, picked her up and kissed her gently and enquired as to how she was. They then lifted the fallen girl pacifying her. Two of them held her firmly while all seven joined hands together and walked together towards the winning post. 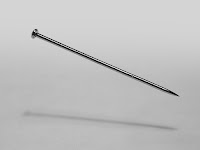 There was pin drop silence at the spectator's stand. Officials were shocked. Slow claps multiplied to thousands as the spectators stood up in appreciation. Many eyes were filled with tears.


YES! This happened in Hyderabad, recently! The sport was conducted by National Institute of Mental Health. All these special girls had come to participate in this event. They were spastic children. Yes, they were Mentally Challenged. 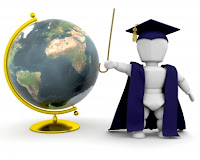 What did they teach the WORLD? Teamwork? Humanity? Equality among all? No. They taught successful people help others who are slow in learning. So that they are not left far behind!

We never do this because we have brains!!!

Quote: Between Stimulus and Response, we have the freedom to Response - Stephen R. Covey.
Posted by miorazli@sssabasic at 12:34 PM