Old is gold, it is always said. When I was a five-year old, some 45 years ago, my elders said their olden days were gold. Today, my daughter, who is around 20s, says, “Old is gold." 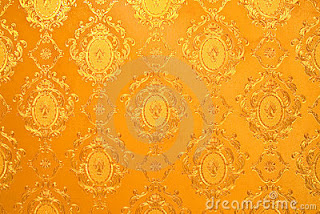 I always wonder why everyone's olden days are better than their present. Old music and songs were good. Old films were outstanding. Old clothing’s were of better quality. Old craftsmanship was worthier. Old kain pelikats were good. In the olden days, food was of high standards. Old vessels and wares were of high quality.

Old teachers were excellent. Old schools were better centers of learning. Old furniture pieces were more appealing. Old houses were user-friendly, airy and well ventilated. Old games with minimum but crude gadgets were more enchanting. The old Radio Malaysia entertained us all with high quality programmes. Old friendships were more reliable. Old coffee was tasty. Is it something to do with one's psyche? No. It cannot be brushed off or wished away simply like that. Old is, and was, really gold. But why?

Times are changing fast. Values are eroding. Goodness is replaced and it is now measured by smartness to get on with life. We have become excessively vigilant, touchy and more suspicious for no real reason. Today, we frisk everyone, inwardly at least. We take things with a pinch of salt. Though today's material comforts;that could not even be dreamt of a decade ago are aplenty, still something is amiss about life. What is it? Peace? Happiness?

Peace prevailed earlier, despite wars. There was trust. There was hope. People relaxed better. There was no clamor for things that one did not possess. The absence of those, that were not deemed essential to own, never made any difference to a happy life.

There was contentment. Competition was less cut-throat. There was concern, affection and true bonding. There was togetherness. More important, people were patient. No doubt, there were poverty and scarcity, paucity and difficulty. But there was beauty in life and comity among all. Disputes were quickly and amicably sorted out. Courts had fairly less business.

Families were big and joint family was the norm. There were guests to partake of food and there was readiness to share whatever one had. Rains were original and smiles were natural. Air was fresh. There were few privileges to enjoy. Yet life was complete, meaningful and wholesome. People lent money to the needy without documents and paper. Debts were written off without protests and contests. Times were timeless. Values were invaluable and principles were priceless.

The main door of our house, located at the fag end of our small village in Temoh, Perak, was never locked except during night. Windows were open 24 hours of the day. There were no double grills for the main door. We knew everyone in the village, though by nicknames (only the postman knew the real names). Today, not knowing the neighbour is an etiquette and norm. Privacy is mistaken for liberty and freedom. One is compelled to look at the tenants' chart in the apartment complex to know about the neighbours caged in the matchbox apartments.

If it was lunch time, the guest would join us. Strangely, there was always enough food at home at least for one guest. Guests never brought their soaps, towels, hair oil or shaving sets. Visitors came with the minimum and left with the maximum that we could afford and spare for them. Today, it is “me and mine” culture. A guest is the most unwelcome soul, more so when the favorite TV serial is on.

We all walked to the school, miles away, in the scorching sun. We never felt the pain. There were tragedies in families. People took them in their stride. No one rushed to the media. The media were more responsible and mature. Silly stories were never entertained. There was no sensationalism. Natural calamities did occur and sufferings were more severe. Yet people breathed easy. Even one-plus-one families are suffocating today. There were not many telephones. Mobiles were non-existent. Yet, people conversed joyously.

Today, it is use and throw, be it a battery, a gadget, a gear, father or mother. Those days, it was use, remember and respect. Old homes of the past are old-age homes now. Donations to charities and orphanages are bountiful now. Mosques are mushrooming in every colony. Yet, humanity is drying up, and about divinity, the less said the better.

Charity began at home then. Even beggars were dignified. They were humble and never greedy. People were self-made. They are self-centred now. Family elders were philosophers, guides and counselors. Today, there are counselors for every non-issue, at a price. Psychiatrists were unheard of then. Today, they proliferate, one for every two disturbed persons.

Health was not a worrisome issue. It is a psychic issue now. We market ill-health in so many names today. Medicines are a “buy-one take-two (diseases?) formula” now. Divorces were few and far between. Every wedding anniversary is a milestone now.

There was commitment in what one did those days.

There is commerce in every thing we do today.

Forget the past, someone said. Why should one? Is it because the present is unbearable that the mind should not be tortured with the glory of the past? It is said not for nothing that old is gold.

Posted by miorazli@sssabasic at 6:09 PM