A Checklist for Ramadan 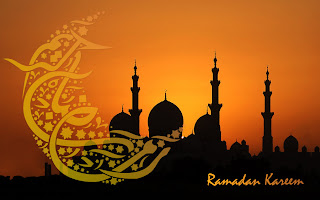 1. Ask Allah to enable you to reach Ramadan and to get the most out of it as the Salaf (early generation of pious people) used to do.

2. Intend to fast every day with Iman and pure intention seeking the reward from Allah alone. The Prophet peace be upon him said, “Whoever fasts in Ramadan with Iman and seeking reward (from Allah)his past sins will be forgiven”. (Bukhari)

3. Read the whole Qur’an at least once as the Prophet peace be upon him did.

4. Have Suhoor as the Prophet peace be upon him said, “Have Suhoor because it is blessed”.

5. Make Du’a during the fast because the Prophet peace be upon him said that three people’s supplication is not rejected one of them is the fasting person. Ask for the good of this life and the next for yourself, your family and Muslims in general.

6. Make Dua before opening the fast. The Prophet peace be upon him said, “The fasting person has a supplication that is answered when he opens his fast”.

7. Give Sadaqah and be good to people. The Prophet peace be upon him was the most generous of people and he was most generous in Ramadan. 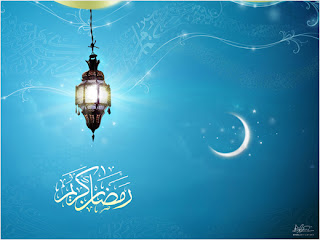 8. Avoid anything that diminishes the fast such as, lying, backbiting, cheating, getting angry. The Prophet peace be upon him said “Whoever does not give up false statements (i.e. telling lies), and evil deeds, and speaking bad words to others, Allah is not in need of his (fasting) leaving his food and drink.” [Bukhari]

9. Do not eat too much after Iftar.

10. Ask for forgiveness since this is the month Allah frees people from the fire.

11. Pray At-Tarawih with Khushoo. If you pray in the Masjid complete the Salah with the Imam. If you pray at home prolong the Salah as long as you can. The Prophet peace be upon him said, “Whoever prays during Ramadan with Iman and seeking reward (from Allah) his past sins will be forgiven”.

12. Feed the poor and invite others for Iftar. The Prophet peace be upon him said, “Whoever gives Iftar to someone fasting he will have the same reward without decreasing the reward of the person fasting”.

13. Try harder the last ten nights especially the odd nights. The prophet would strive in Ramadan more than he would in any other month and more so in the last ten days.

14. Say this Dua in the nights that Laitul-Qadr is likely to fall on: Allhumma innaka afuwun tuhibbul-afwa fa’fu anni (O Allah you are Forgiving and love forgiveness so forgive me).

15. Ask Allah to accept all your good actions during this month.

O you who believe, fasting is decreed for you, as it was decreed for those before you, that you may attain salvation. (Quran, 2:183)

Posted by miorazli@sssabasic at 7:09 PM