A group of children are playing near two railway tracks, one still in use while the other disused. Only one child is playing on the disused track, the rest on the optional one.

The train is coming, and you are just beside the track interchange. You can make the train change its course to the disused track and save most of the kids. However, that would also mean the lone child playing at the disused one would be sacrificed. Or would you rather let the train go its way?

Lets pause to think what decision we would eventually make... 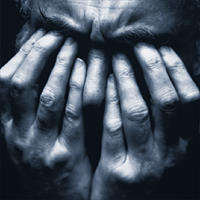 Most people might choose to divert the course of the train, and sacrifice only one lone child. You may think the same way, I guess. But did you think that the child choosing to play on the disused track had in fact made the right decision to play at a safe place?

Nevertheless, he had to be sacrificed because of his ignorant friends who chose to play where danger was. This kind of dilemma happens around us everyday. In the office, community, in politics and especially in a democratic society, the minority is often sacrificed for the interest of the majority, no matter how foolish or ignorant the majority are, and how farsighted and knowledgeable the minority are. The child who chose not to play with the rest on the used track was sidelined. And in the case where he was sacrificed, none shed a tear for him.

The scenario teaches us another lesson that while we are taking right decisions in our life, its our moral responsibility to teach others about the dangers of choosing the wrong options. If we do not do this we might have to suffer, like the boy in this scenario. If the kid opted to teach his fellow friends about the in-service track, all of them would be safe and sound.

While we are all aware that life is full of tough decisions that need to be made, we may not realize that hasty decisions may not always be the right ones.

Everybody makes mistakes, that's why they put erasers on pencils.

Posted by miorazli@sssabasic at 7:26 AM