Three Differences Between Managers and Leaders

A young manager accosted me the other day. "I've been reading all about leadership, have implemented several ideas, and think I'm doing a good job at leading my team. How will I know when I've crossed over from being a manager to a leader?" he wanted to know.

I didn't have a ready answer and it's a complicated issue, so we decided to talk the next day. I thought long and hard, and came up with three tests that will help you decide if you've made the shift from managing people to leading them. 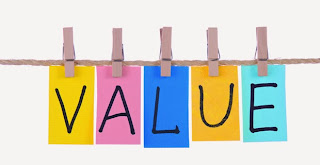 Counting Value vs Creating Value. You're probably counting value, not adding it, if you're managing people. Only managers count value; some even reduce value by disabling those who add value. If a diamond cutter is asked to report every 15 minutes how many stones he has cut, by distracting him, his boss is subtracting value.

By contrast, leaders focus on creating value, saying: "I'd like you to handle A while I deal with B." He or she generates value over and above that which the team creates, and is as much a value-creator as his or her followers are. Leading by example and leading by enabling people are the hallmarks of action-based leadership. 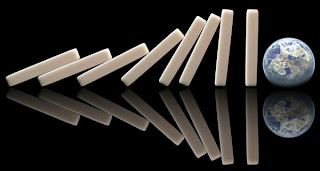 The quickest way to figure out which of the two you're doing is to count the number of people outside your reporting hierarchy who come to you for advice. The more that do, the more likely it is that you are perceived to be a leader.

Leading People vs  Managing Work. Management consists of controlling a group or a set of entities to accomplish a goal. Leadership refers to an individual's ability to influence, motivate, and enable others to contribute toward organizational success. Influence and inspiration separate leaders from managers, not power and control.

In India, M.K. Gandhi inspired millions of people to fight for their rights, and he walked shoulder to shoulder with them so India could achieve independence in 1947. His vision became everyone's dream and ensured that the country's push for independence was unstoppable. The world needs leaders like him who can think beyond problems, have a vision, and inspire people to convert challenges into opportunities, a step at a time.

I encouraged my colleague to put this theory to the test by inviting his team-mates for chats. When they stop discussing the tasks at hand and talk about vision, purpose, and aspirations instead, that's when you will know you have become a leader.

Posted by miorazli@sssabasic at 10:20 PM