The Little Monster that Grew and Grew


A soldier returning home alone from a great battle found a monster blocking his path. It wasn’t much of a monster. In fact it was quite pathetic. It was small, its claws were blunt, and most of its teeth were missing. 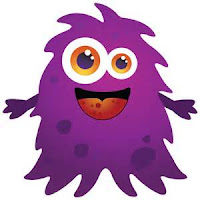 The solder had won all the battles he had ever been in and was considered something of a hero. He decided he would deal with the rather feeble looking monster there and then. He had run out of bullets, so using his rifle as a club he brought the creature to the ground with a single blow.

Then he stepped over it and continued along the path. Within minutes, the monster was in front of him again, only now it looked slightly larger and its teeth and claws were a bit sharper.

Once again he hit the monster, but this time it took several blows to bring it down. Again he stepped over it, and again, a few minutes later, the monster appeared before him, bigger than ever.

The third time, no matter how much he hit the monster it would not go down. It grew larger and more ferocious with each blow the solder aimed at it. Defeated, the soldier fled back down the path, with the monster chasing after him.

Yet by the time it arrived at the spot where he’d first seen it, the monster had returned to its original size.

When another traveler appeared on the path the soldier stopped him and warned him of what had happened. ‘Maybe we can fight it together,’ he suggested, ‘then we will overcome it.’

‘Let’s just leave the feeble little thing where it is,’ said the traveler. ‘If you pick a quarrel with something unpleasant when you don’t really have to, then it simply grows more unpleasant. Let’s just leave it alone.’

And so they did.

Don’t let your toothless little monsters wind you up!

Posted by miorazli@sssabasic at 9:02 AM