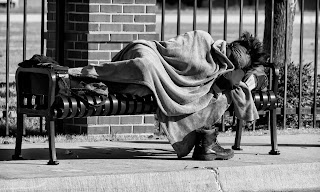 My husband and I are poor. The assumption most people make is that we're stupid, some even say it openly. We've both just had no luck and are working to improve our situation.

I'm not sure of my real age, when my parents and came to America they modified my birth certificate. I'm somewhere between the ages of 22 to 25. Legally 22 but everything points to me being older. My social and many other government papers, IDs, etc. are messed up because of this. I can't get my original birth certificate because you can't get paperwork from a country that doesn't exist anymore.

They sent me to a terrible "private high school", we didn't do science in school because the teachers didn't feel like it. It's so bad that even the community college (75 miles away) wouldn't accept me. I couldn't read till I was ten, no one cared or helped besides my dad.

Considering what the public high school was like, there were multiple rapes and a murder, I'm glad they sent somewhere crappy instead of dangerous. My husband found an online accredited high school, I'm busy doing it all over again.

He had a rough time as well. His parents divorced, his bio-dad is an alcoholic. As a teen his mom and step dad kicked him out of the house (for playing video games). He was homeless for a while, didn't finish school but managed to get a GED a few years later. Got into a relationship with a woman who cheated and took everything with her when he wouldn't stay with her while she slept with half the town.

We met working together, dated, got married, bought a cheap country house, had a baby, I encouraged him to apply to some colleges. He's now in his 3rd year of university (I'm glad that state universities do online degrees now) and a 4.0. I'll be starting next year.

But because we got a later start and don't have tons of money, people think we're stupid.

Posted by miorazli@sssabasic at 8:55 PM