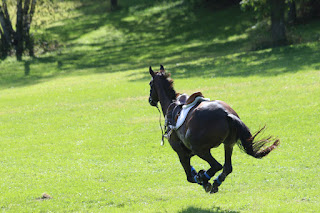 Once upon the time there was an old farmer who had worked his crops for many years. One day his horse ran away. Upon hearing the news, his neighbours came to visit. “Such bad luck,” they said sympathetically.

The next morning the horse returned, bringing with it three other wild horses. “How wonderful,” the neighbors exclaimed.

The following day, his son tried to ride one of the untamed horses, was thrown, and broke his leg. The neighbors again came to offer their sympathy on his misfortune.

The day after, military officials came to the village to draft young men into the army. Seeing that the son’s leg was broken, they passed him by. The neighbors congratulated the farmer on how well things had turned out.

Explanation: The farmer is practicing non-judgment. He understands the true nature of life, that you can’t judge any event as an “end” in a way. Our life doesn’t play out like a work of fiction. There aren’t definite breaks that separate one moment versus another, and there isn’t a perfectly formulated end which everything builds to.

There’s always tomorrow. And whether the day was good or bad, there’s a million effects which can arise from one event. Good and bad are interconnected. They are, in fact, two sides of the same coin. If things seem perfect, they aren’t. If it seems like it’s Armageddon in your corner of the world, it’s not. Things can change in an instant, at all times. And they will at some point or another.

This doesn’t mean that we can’t be happy. On the contrary, it means that we need to realize this truth and live in a way that we’re constantly aware of it in order to find peace and happiness. Don’t let this change the way you live too much just yet though.

For now just think on it, observe your life through the lens of this infinitely co-arising universe. This act in itself can bring you a great sense of peace.

Posted by miorazli@sssabasic at 12:18 AM