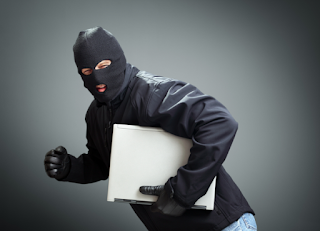 When Bankei held his seclusion-weeks of meditation, pupils from many parts of Japan came to attend. During one of these gatherings a pupil was caught stealing. The matter was reported to Bankei with the request that the culprit be expelled. Bankei ignored the case.

Later the pupil was caught in a similar act, and again Bankei disregarded the matter. This angered the other pupils, who drew up a petition asking for the dismissal of the thief, stating that otherwise they would leave in a body.

When Bankei had read the petition he called everyone before him. “You are wise brothers,” he told them. “You know what is right and what is not right. You may go somewhere else to study if you wish, but this poor brother does not even know right from wrong. Who will teach him if I do not? I am going to keep him here even if all the rest of you leave.”

A torrent of tears cleansed the face of the brother who had stolen. All desire to steal had vanished.

Explanation: This story is pretty straightforward, but it certainly doesn’t make you think any less than the rest. How quickly would most people turn their back on someone who commits a crime like stealing, just as the pupils did. But look deeper and you might just see another human being. Someone that simply needs to be shown the path.

Don’t write people off so easily. Expressing compassion isn’t always easy, but we’re all together in this life, so we can’t just help those that keep good behavior. Those people who commit such crimes are often some of the people that need help with the most basic spiritual and human principles, such as right and wrong.

If you have a loved one who’s committed a crime before you’ll know exactly what I mean. You know they can be better and they shouldn’t be thrown out just because they did something wrong at some point.

Sure, we need to keep order, so they should be disciplined for their behavior, but we also need to take time to teach them right and wrong. We should strive to lift them up just as we strive to lift ourselves and those we love up despite their own flaws.

Posted by miorazli@sssabasic at 12:22 AM