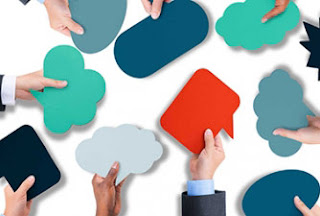 In our work helping managers have honest conversations about the effectiveness of their organizations, we hear about six common barriers. Companies consistently struggle with (1) unclear direction on strategy and values, which often leads to conflicting priorities; (2) senior executives who don’t work as a team and haven’t committed to a new direction or acknowledged necessary changes in their own behavior; (3) a top-down or laissez-faire style by the leader, which prevents honest conversation about problems; (4) a lack of coordination across businesses, functions, or regions due to poor organizational design; (5) inadequate leadership time and attention given to talent issues; and (6) employees’ fear of telling the senior team about obstacles to the organization’s effectiveness.

Because of that fear, we call these barriers “silent killers.” They almost always appear together, and they block the systemic changes needed to make training and education programs effective. We saw firsthand how they initially thwarted leadership development at a UK medical technology company. The CEO, unsatisfied with his management bench, sought advice on building it out. Though his partners in HR recommended investments in training, he instead took a step back and asked us to help his senior team enable managers in the organization to speak truth to power about barriers to their development.

A task force empowered to conduct confidential interviews reported that lack of training was not the issue. Rather, the senior team had not articulated a clear strategy and corporate values, so managers did not understand what practices and behaviors were expected of them. Nor did the top team spend much time discussing talent and planning developmental assignments for high potentials. In fact, because senior management had not created an integrated corporation, leaders were hoarding the best talent and transferring the worst to enable their own business units to succeed.

Clearly, the company had to tackle these systemic issues before it could implement a productive learning program for managers. Indeed, improving cross-unit integration would itself be a capability-development experience for the senior team and key managers that would lead to a better understanding of skills gaps that training and education might address.

This is the approach to talent development that we advocate, in six basic steps:

2. After gathering candid, anonymous observations and insights from managers and employees, the team diagnoses barriers to strategy execution and learning. It then redesigns the organization’s roles, responsibilities, and relationships to overcome those barriers and motivate change.

4. The organization adds training where needed.

6. Systems for selecting, evaluating, developing, and promoting talent are adjusted to reflect and sustain the changes in organizational behavior.

Note that problems are diagnosed from the ground up. Those confidential employee interviews are critical for exposing the silent killers, including deficiencies in capabilities and talent management, because leaders often lack the objectivity to spot glitches in systems they have created. By addressing management practices and leadership behavior that shape the system before training individual employees, leaders create a favorable context for applying learning. The systemic changes encourage—even require—the desired behaviors.

In practice, these steps tend to overlap and are periodically recycled for continual improvement. We list them in sequence to emphasize the importance of placing individual development after organizational redesign. You also want leaders, their senior teams, and lower-level managers to develop on the job, as they learn individually and collectively to enact their redefined roles, responsibilities, and relationships.

A consultant in HR can take advantage of real-time successes and failures to help managers reflect on the consequences of their actions and see alternatives. This “in vivo” approach also allows people to learn how to learn so that they can adapt to ever-changing circumstances—something that classroom training won’t equip them to do. Just as important, learning and performance improvements occur simultaneously, enabling the business to recoup its investment immediately and more effectively.

To illustrate, let’s return to the example at the beginning of this article. After SMA’s micro-electronic products division found that its initial training hadn’t changed ineffective patterns of behavior, it followed the six steps, with much better results. The new general manager asked organizational development specialists to interview key managers and professionals in every function and activity in MEPD’s value chain.

Their diagnosis revealed why and how interfunctional conflict, political behavior, and embedded managerial practices were undermining new-product development and employee commitment. The process exposed some barriers to effectiveness: unclear strategy and priorities, a senior team that was trying to manage new-product development initiatives from the top but lacked the necessary information, and a siloed organization that hindered coordination.

MEPD created cross-functional new-product development teams headed by leaders from marketing—a major departure from the structure that had blocked teamwork in the past. Roles and responsibilities were changed accordingly. For instance, senior management held the teams accountable through quarterly reviews at which they had to describe their progress in developing products and also report on their own effectiveness and any problems in collaboration among functional departments. This ongoing assessment helped sustain behavioral change.

Learning and development for both senior leaders and team members came in the form of hands-on coaching and process consultation. An internal organizational development consultant provided guidance as senior leaders conducted the reviews. When a few team leaders complained that senior management was getting too involved in the details, the consultant facilitated a conversation about how that behavior could undermine others’ commitment to the new organization. Team members immediately embraced their new roles, which gave them a feeling of ownership and investment.

Though early meetings were not very effective, because people weren’t accustomed to collaborating so closely with colleagues from other functions, consultants from HR attended most meetings in the first year and helped the teams gel.

Within a few months, after analyzing shared information, three teams recommended that their projects be canceled because they realized the products could not succeed. This increased the senior team’s confidence in the new organizational arrangements and reinforced the new pattern of management.

Project team members said that they had learned a lot about how to work together and had come to appreciate the complexity of business problems and decision making in different functions. That motivated them to enroll in classroom training, where they learned how analytics could sharpen their approach to product planning and product management. Coming after their immersion in the revised way of working, the knowledge felt relevant and useful.

At the end of two years a rigorous evaluation showed a remarkable change in leadership and teamwork. Performance had improved as well. MEPD had developed nine new products in those two years, compared with five over the previous four years. Revenue and profits had increased significantly.

The same organization that had not responded to a massive investment in individual training transformed itself by redesigning its roles, responsibilities, and relationships; learning how to live into them with the help of coaches and advisers; and then using targeted classroom training to pick up new methods and tools.

Posted by miorazli@sssabasic at 6:55 PM