A Closer Look at What Goes Wrong 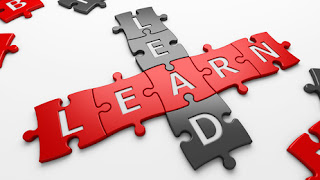 Education with the objective of individual growth is worthy in its own right, of course, and people are eager to acquire knowledge and skills that will help them advance in their careers. However, the primary reason senior executives and HR invest in management training is to make their leaders and organizations more effective, and results on that front have been disappointing. Three-quarters of the nearly 1,500 senior managers at 50 organizations interviewed in 2011 by CEB were dissatisfied with their companies’ learning and development function. Only one in four reported that it was critical to achieving business outcomes. Decades’ worth of studies show why it isn’t working, but, sadly, that understanding has not made its way into most companies.

Researchers noted problems with training programs as early as the 1950s, during the seminal Ohio State leadership studies. They found that one program had succeeded in changing frontline supervisors’ attitudes about how they should manage, but a follow-up study revealed that most supervisors had then regressed to their pre-training views. The only exceptions were those whose bosses practiced and believed in the new leadership style the program was designed to teach.

Then, in the 1980s, one of us helped conduct a study showing that training programs did not facilitate organizational change: Companies that tried to launch major transformations by training hundreds or thousands of employees across many units to behave differently lagged the only company (in a sample of six) that didn’t kick-start its transformation this way. The problem was that even well-trained and motivated employees could not apply their new knowledge and skills when they returned to their units, which were entrenched in established ways of doing things. In short, the individuals had less power to change the system surrounding them than that system had to shape them.

The idea that organizational systems—which define roles, responsibilities, and relationships—have a strong impact on individuals’ mindsets and behavior is supported by a number of studies. For instance, research by Seymour Lieberman, of the Institute for Social Research at the University of Michigan, found that unionized frontline workers promoted to supervisory roles adopted pro-management attitudes, and managers forced by a recession to return to frontline jobs reverted to pro-union and antimanagement attitudes.

Further reinforcing the idea, Harvard Business School professor Boris Groysberg found that “star” analysts on Wall Street, as rated by an independent agency, did not perform as well or maintain their star status after moving to another firm. In fact, most of them never regained that status during the five-year study. Those who did had taken their teams—the systems that had helped them succeed—with them when they changed companies.

Those findings dovetail with research—by Amy Edmondson, of HBS, and Anita Woolley, of Carnegie Mellon—showing that organizations need “fertile soil” in place before the “seeds” of training interventions can grow. When the researchers looked at a corporate training program aimed at improving problem solving and communication between managers and subordinates, they discovered that success varied across the company. Improvements were greater in units that had already developed a “psychologically safe” climate in which subordinates felt free to speak up.

From all these streams of research we’ve learned that education and training gain the most traction within highly visible organizational change and development efforts championed by senior leaders. That’s because such efforts motivate people to learn and change; create the conditions for them to apply what they’ve studied; foster immediate improvements in individual and organizational effectiveness; and put in place systems that help sustain the learning.

A poor return on investment isn’t the only bad outcome of failed training initiatives. Employees below the top become cynical. Corporate leaders may fool themselves into believing that they are implementing real change through corporate education, but others in the organization know better, as we saw in the MEPD example. Why don’t leaders get this? For two reasons.

First, they implicitly view the organization as an aggregation of individuals. By that logic, people must be selected for and developed with the “right” knowledge, skills, and attitudes in order to improve the institution’s effectiveness and performance. So HR defines the requisite individual competencies according to the company’s strategy and then sells top management on training programs designed to develop those competencies, believing that organizational change will follow.

This widely embraced development model doesn’t acknowledge that organizations are systems of interacting elements: Roles, responsibilities, and relationships are defined by organizational structure, processes, leadership styles, people’s professional and cultural backgrounds, and HR policies and practices. And it doesn’t recognize that all those elements together drive organizational behavior and performance. If the system does not change, it will not support and sustain individual behavior change—indeed, it will set people up to fail.

Second, HR managers and others find it difficult or impossible to confront senior leaders and their teams with an uncomfortable truth: A failure to execute on strategy and change organizational behavior is rooted not in individuals’ deficiencies but, rather, in the policies and practices created by top management. Those are the things to fix before training can succeed longer-term. It’s much easier for HR to point to employees’ competencies as the problem and to training as the clear solution. That’s a message senior leaders are receptive to hearing.

Posted by miorazli@sssabasic at 6:48 PM