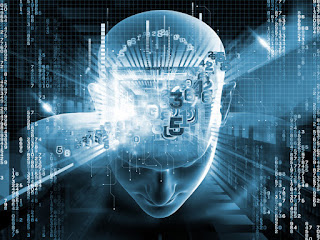 We're seeing artificial intelligence grow in the workplace and take over a variety of responsibilities, from data entry to customer service, with great success, but could management positions ever be replaced by AI?

It may seem like a far-fetched idea, but the growth of AI has already crossed borders into areas many people previously didn't think technology could go, like robots completely running retail stores or AI being used to manage hedge funds. Artificial intelligence is getting increasingly smarter and becoming more humanlike, meaning its capacity to make decisions and take on larger roles is increasing.

The main role of management has always been to enforce protocol and make decisions for others in the organization. AI is already being used to make decisions in the workplace on things like who to hire or how to assemble the most effective teams, so what happens when we get to the point when AI can make all decisions typically made by mangers? Would we ever get to a point where the role of managers is obsolete?

The answer to the question isn't totally black and white. While it seems likely that technology will increase and eventually get to the point where all business decisions could likely be made my AI, computers will never be able to match the emotion and human aspects of real managers.

This is both good and bad--machines are capable of making decisions without emotions, meaning everything would be fueled by an algorithm, eliminating the need for guesswork and gut reactions that could prove false. For less-effective managers whose main purpose is just to make decisions and sign timecards, AI could be a realistic replacement because they already aren't doing anything that a computer can't do.

However, replacing all managers with AI takes out another vital part of a manager's role--the human aspect. Good managers do more than just make decisions for their organization; they also lead the company, build relationships with employees, and connect on an emotional level. The best companies around the world are led by enthusiastic and charismatic managers who could never be replaced by computers.

These are the leaders who inspire, engage, and empower their employees to drive the company forward and meet strategic goals. A real threat to AI managers would be a loss of employee engagement and morale, especially because most humans likely wouldn't want to work for a machine and would miss out on the important relationships and emotional connections with a human manager.

In the future, we may see some lower-level managers be replaced or consolidated in the name of AI. More than that, the growth of AI in the workplace will make it even more important for managers to interact with and engage with employees to ensure their job security. The good news is that as AI potentially takes over some decision-making aspects of the job, managers will have more time to work on the human side of their positions and be able to interact with and mentor employees.

Managers play an increasing important role in the future of work as they set the stage for transparency, employee experience, corporate culture, and more. With these human-driven principles playing such an important role in an organization's success, managers will stand out even more from AI.

Posted by miorazli@sssabasic at 10:46 AM