The Truth About Trust

Servant Leadership. Putting others’ interests ahead of one’s own. 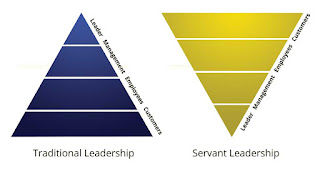 In addition to things like competence, honesty, and reliability, the above-mentioned attributes are usually the ones people mention when asked to describe a leader who they could trust. I’ve asked thousands across the globe, and these come up all the time. But many of the same people fall deathly silent when asked to honestly answer if they are truly selfless servant leaders who always put others’ interests ahead of their own, or if their people fully trust them.

My point is this: most people reference “self before others” type of attributes as prerequisites to trusting a leader. But if they are totally honest with themselves, they will admit that it is very difficult, if not impossible, to be selfless all the time. The basic human (survival) instinct is to take care of one’s own interest first. By expecting leaders to be selfless, are we demanding something that goes against the very grain of human existence? What if we were to accept putting one’s own interest before others’ as normal? Put another way, can we trust someone who is self-centered and wants the very best for himself first?

The answer to that question ought to be a big yes, but under one condition; the person also works equally hard to maximize your gain. In my experience, I have found that the best leaders don’t pretend to be who they are not . They fully acknowledge their own ambitions for themselves and take care of others’ needs equally. They don’t believe in zero-sum games, they believe in abundance. They practice what savvy negotiators refer to as win-win outcomes by working extremely hard to maximize their own gain AND working equally hard to maximize others’ gain. They understand that one’s gain need not be another’s loss. Metaphorically, they believe in growing the pie, so that when it is divided everyone gets an equally big slice. They also recognize that to reach a win-win outcome, it is important to fully understand the other sides’ concerns, needs, and priorities.

As an example of these principles, consider what happened to me recently. After several rounds of meetings during which we established a good relationship with a prospective client, we sent a proposal for a consulting assignment quoting $100,000. When our contact at the client company received our proposal, he balked at what he considered too high a price for the work involved. He called and told us there was no way he could do business with us for that price, and unless we were willing to negotiate, he’d go shopping with other firms. We checked our numbers and reconfirmed that the price we had quoted was reasonable and fair.

But before we walked away from the deal, we asked him what his concerns were, and if there was a way to make the numbers work. Upon further discussion, we learned that the company’s selection committee was skeptical about working with us because we were a small boutique firm and our pricing was very close to what was being quoted by bigger, established firms. Our contact told us he needed a basis to justify choosing us, so he needed a lower quote. He also said if we did a good job, there was significant potential for follow-on business.

While we appreciated his position, we found it impossible to lower the numbers. So, to address the selection committee’s concern about our small size and relatively lesser known brand, we offered to do a free two-hour presentation on digital transformation for their entire senior management before delivering on the larger consulting work. We also offered to refund 20% of our fees if we failed to deliver the desired results. With this offer, the client signed off on our full pricing.

What happened here? Through honest dialogue, we convinced our client that we had their best interests at heart and were willing to go the extra mile to give them exactly what they wanted. We saw the opportunity to present to their entire senior management as a good credibility building exercise, so we had no hesitation in offering this “extra value” to them. Furthermore, since we had completed many similar projects before, we were confident of delivering on our promises.

Hence it was not difficult for us to offer a refund in the event the client was not satisfied. By working to understand our clients’ concern, we were able to offer a win-win solution. The key here is, we did not give up on our own interest, but worked very hard to maximize the benefit for our client as well. Once we won their trust in this way, they showed no hesitation in signing on the dotted line … on our originally quoted price.

Instead, they will go out of their way to make me as successful as possible without giving up their own interest. Such a person would be acting in accordance with basic human instinct, not against it. That’s why I would trust them.

It is time to give up clichés about selflessness and embrace the pursuit of self-interest and ambition as normal. If you really want to achieve something, why pretend otherwise? The key is to think and act in a way that creates full satisfaction (win-win) for both parties.
Posted by miorazli@sssabasic at 2:59 PM