When Leaders Surrender Their Values

One of the things my mother used to say was, “life is full of choices and trade-offs” and “making a good decision in those situations is hard”. This motherly advice is still true today, especially for leaders, whether they are guiding a business or a nation. Unfortunately, over the last couple of years we’ve seen a dramatic increase in questionable decisions being made by leaders facing situations that involve difficult choices and trade-offs. Let me give you a few international examples that have occurred just in the last couple of years. 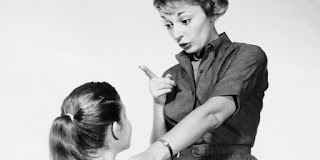 On August 25, 2017, Jay Y Lee (aka Lee Jae-Yong), was sentenced to five years in prison after being found guilty of bribery, embezzlement, capital flight and perjury charges (his sentence was later reduced to 2.5 years and he was released from prison in February 2018). Lee is the vice chairman of Samsung Group and widely considered to be the heir apparent to his father as chairman. He has been described as a serious business man but less autocratic than his father. What values did Lee surrender when he broke the laws of South Korea by embezzling money to bribe government officials?

Another recent example is Martin Winterkorn, the former CEO of Volkswagen (VW). In September 2015, US authorities charged VW with manipulating engine emissions tests and reporting false data. The charge affected a total of 11 million VW cars globally. When the charges were made public, VW’s share price plummeted immediately, and the stock continued to lose value in the following months. Winterkorn resigned within a month after acknowledging he had known about the manipulation and has since been charged with being part of a conspiracy that feigned compliance with federal regulations. Prior to the scandal, Winterkorn was known as an unforgiving boss who loudly berated subordinates who failed to meet his high standards of performance. By covering up the emissions test issue, did Winterkorn surrender the standards that were important to him?

A final example is Richard Smith, former CEO of the USA credit rating agency, Equifax. Smith abruptly stepped down as CEO in 2017, when it became public knowledge that there had been a significant cyber security breach at Equifax. Compounding the complexity of the situation were revelations that Equifax was made aware, months before it happened, that its’ cybersecurity system had flaws that hackers could use to their advantage. When the hack occurred, Equifax waited close to 40 days before acknowledging it publicly. Even then, the company initially under-reported the extent of the date breach, which ultimately impacted 145.5 million people. With 22 years’ experience at GE and 12 years at Equifax, Smith was viewed as a solid business leader with a high level of integrity. In this situation, did Smith surrender the values that helped him be a solid business leader?

Let’s be fair and acknowledge that all leaders face situations where they have to make a decision that requires them to assess possibilities and make choices and trade-offs. Periodically the choices and trade-offs are between great options, where no matter which option is selected, everything works out well. More frequently, however, the circumstances involve trade-offs where all options are bad. In these situations, all the analysis, Excel spreadsheets, and logical thinking a leader can consider, does not make the decision any easier. To use a colloquial phrase, in these circumstances, the leader is caught between a “rock and a hard place”. Regardless of what choice the leader makes, someone is going criticize the decision.

So, what’s the solution in these situations where there is no good choice? Clarity of values, specifically of one’s core values! In the leadership classes I teach at the Iclif Leadership and Governance Centre, I am constantly surprised by the lack of clarity senior leaders have when it comes to their own core values and how important they are for effective leadership decision making.

What are core values? Core values are the foundation for how we conduct ourselves. Core values represent what we stand for and what we believe is most important. They are the three-to-five ideas that guide how we live, approach work, and lead others. It’s important to note that our core values can’t be based on what others think they should be, or what we THINK they should be. Core values come from the heart. If you don’t know what your core values are, it’s time to invest in quiet reflection about what is most important to you and then work to infuse those values into your everyday leadership behaviour.

Core values are non-negotiable. Great leaders don’t surrender their core values for convenience, regardless of the circumstances or pressures they face. They are willing to take an emotional and physical beating, if necessary, to stay true to their values. Great leaders do not surrender their values in order to curry favour with others, hide mistakes, or avoid responsibility.

Core values guide the decision-making process. Great leaders take time to define their core values because they know it helps them make decisions faster, with greater ease, and with increased confidence, because they know that the decisions they make are in alignment with what is important to them. This is especially true for leaders who find themselves facing difficult decisions where none of the choices and trade-offs are appealing.

Core values are ranked in priority order. It’s not sufficient to simply identify core values; effective leaders rank order them. A case in point is the decision Google CEO, Sundar Pichai, made when he fired engineer, James Damore, in August 2017, over a controversial internal memo on workplace diversity. The response to Mr. Pichai’s decision was mixed. Detractors say the decision violated one of Google’s core values, freedom of expression. Supporters say the Mr Pichai’s decision reflects a prioritisation of one of Google’s other core values … workplace diversity. The point here is, it is not enough to simply identify your core values. Effective leaders rank their core values in order of importance. 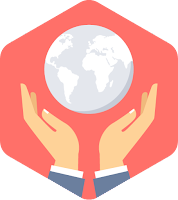 So, the next time you find yourself facing equally undesirable choices and trade-offs, ask yourself the following question, “Which option best aligns with my core values?” By asking yourself this question, you will not run the risk of surrendering your values.

Posted by miorazli@sssabasic at 3:24 PM