People have been coming to the wise man, complaining about the same problems every time. One day he told them a joke and everyone roared in laughter. 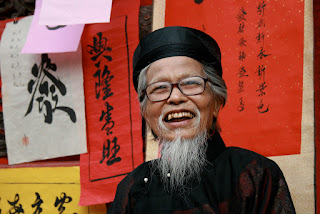 After a couple of minutes, he told them the same joke and only a few of them smiled.

When he told the same joke for the third time no one laughed anymore.

The wise man smiled and said:

“You can’t laugh at the same joke over and over. So why are you always crying about the same problem?”

Moral of the story: Worrying won’t solve your problems; it’ll just waste your time and energy.

Posted by miorazli@sssabasic at 6:01 PM