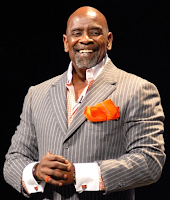 He had a troubled childhood – his parents separated, and his stepfather was physically abusive to his mother and siblings. His mother was falsely convicted twice because of his stepfather’s allegations. Because they had no one to take care of them, he, along with and his siblings, had to stay in a foster home at the age of 8.

His first marriage failed partly due to his choice of opting out of a medical career and because he cheated on his wife. Not only did he fail miserably at his job as a medical equipment salesman, but his girlfriend also deserted him due to his deteriorating financial conditions. Homeless, he stayed with his son at motels, parks, airports and once even in a public toilet. He toiled incessantly at a brokerage firm during the daytime, stood in long queues so as to sleep under a roof at night.

After passing the licensing exam in 1982, he became a full-time employee of Dean Witter. He established his own brokerage firm Gardner Rich & Co. in 1987, in which he owns 75% of the stock. He sold a small stake in Gardener Rich in 2006 in a multi-million dollar deal.

He is none other than Chris Gardner, the C.E.O and founder of Christopher Gardner International Holdings – with offices in San Francisco, New York, and Chicago. His life was portrayed in a Hollywood film – The Pursuit of Happyness – which not only went on to be a blockbuster, but was also loved by audiences worldwide.

Posted by miorazli@sssabasic at 8:09 PM